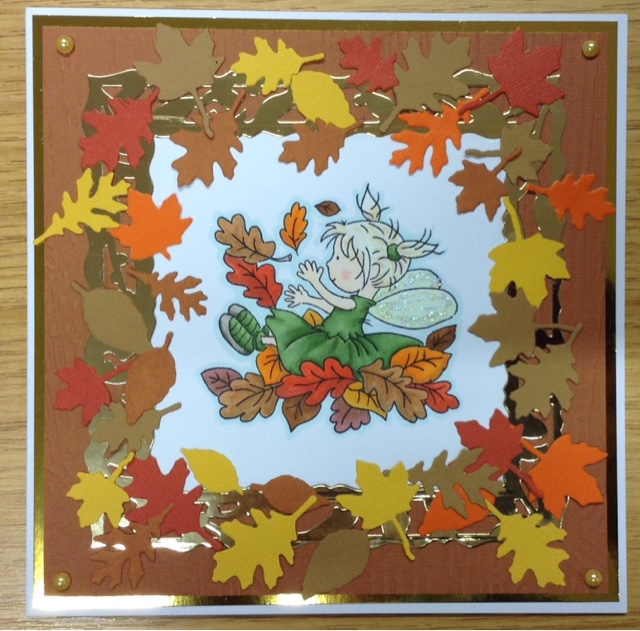 It's time for a new challenge over at Sweet Stampin' and our theme this week is
"Inspired by a song or film title" and we have a fab sponsor Crafts and me.
I used Frank Sinatra's "September Song" as my inspiration and I used Lili of the valley's September Fairy stamp for my image which I coloured with my copics. I embossed the brown background card with an old spellbinders m-bossabilities bark embossing folder. I cut out the image and surrounding gold mirri frame with Tonic's Oh Christmas tree die set as the frame isn't actually Christmassy. I then die cut a load of leaves using a sizzix Tim Holtz strip die, Autumn gatherings and added them randomly on the card. A few pearls and a little glitter to her wings to finish.
I actually made the card as a leaving card for a locum who left yesterday and so added this computer generated sentiment inside. 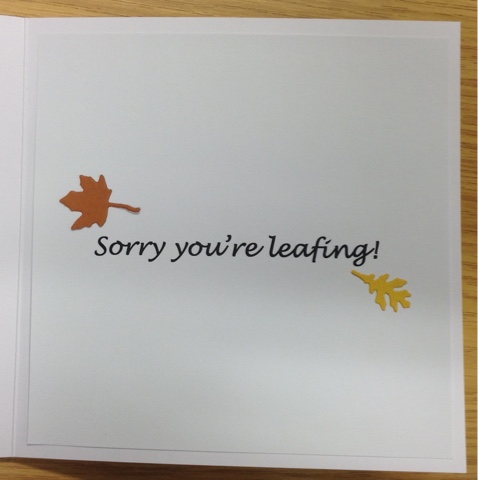 I'm looking forward to seeing your creations inspired by a film or song, just don't forget that we need to see some stamping on your project. Not that I totally forgot that on my original DT card or anything....!
Posted by Cara at 10:00