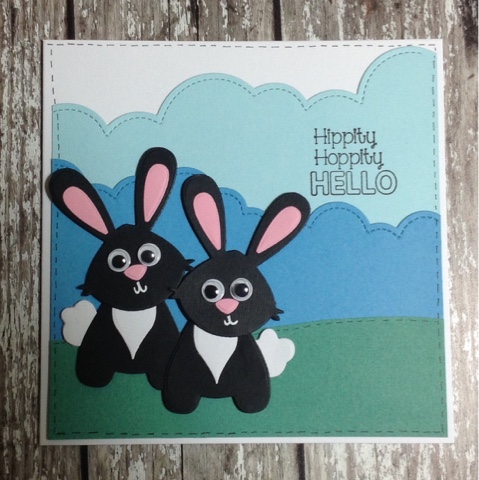 When I saw that the current challenge over at Cuttlebug Mania is to use an Easter bunny or bunnies, I figured that I probably had something suitable in my stash... Okay, so I had about 4, okay 40 bunny themed stamps and dies!
I used the Marianne collectables rabbit die set and tried to make the bunnies look like my two, Parsley and Bramble. I drew on their mouths with a white gel pen and added googly eyes rather than use those in the set. I used Lawn Fawn's puffy clouds die on two shades of blue card and as my stitched hills die has gone AWOL, cut a hill of green out of green card for then to sit on. The sentiment is from Taylored Expressions If bunnies could talk stamp and die set. Of course I had to add some faux stitching to finish!
Gratuitous bunny pic - Bramble is on the left (she'll be 10 in July) and Parsley is on the right, we've had him 3 years, but don't know how old he is as he was handed into the rescue as a stray. 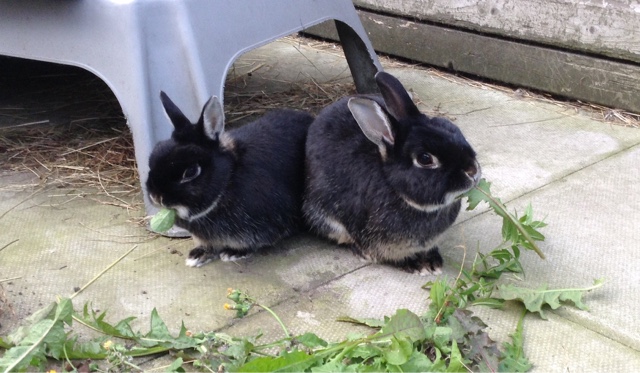