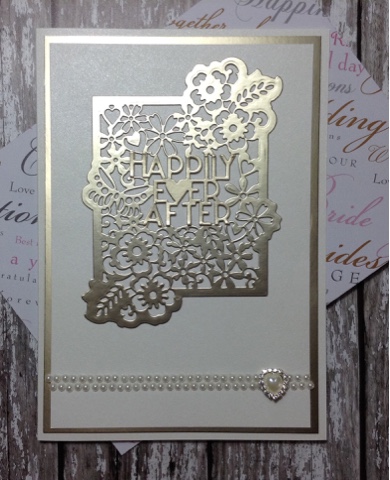 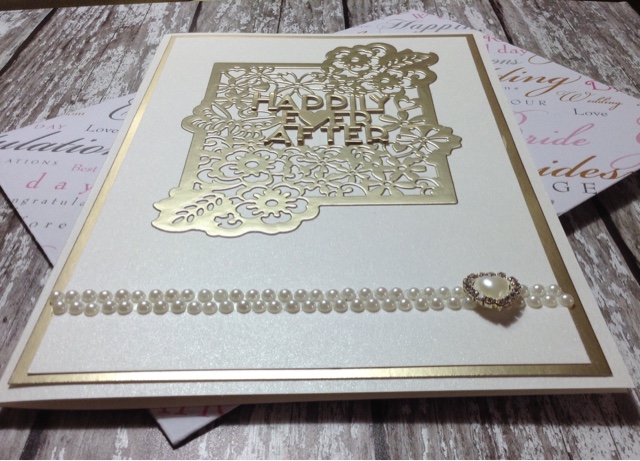 With a distinct lack of mojo present, I sat down to make a card for the wedding tomorrow. I used an Xcut die set, which come with the main die, a seperate cutting edge die to go round it, a seperate die of the sentiment and a couple of little heart dies. I cut the main die and the cutting edge out of soft gold card (I think it was from a Kanban offcut pack). I only used it because I couldn't get to my usual mirricard with all the honey stacked up, but I think I prefer the soft look to it in this case.
I folded a piece of 300gsm quartz shimmer card (lLimetree Crafts from one of the shows) and made an  A5 card base. I then mat and layered up the gold and quartz card, before adding the gold die cut. I die cut the sentiment twice more and layered it up on the card to give some definition. I found a strip of double rows of pearls in the gem box and so added that to the card along with a pearl heart surrounded by diamanté which I added with glue gel. I added a posh cream paper insert to the card and made an envelope out of some 12x12 paper I had lurking about. Apologies for the pictures, it was a swine to photograph!
I almost had a heart attack this afternoon. I realised on Sunday that I had nothing suitable to wear for the wedding and not wanting to spend much, had a look in the local supermarkets. They had nothing that was really what I wanted, but I found a dress online at Asda, in a style that I had had before and so  ordered it at the start of the week for collection from the store as soon as possible (today).
I picked it up no problem and went to try it on when I got home. At that point I realised that that there was a fault on the armhole seam, where the overlocker hadn't caught the edges correctly. 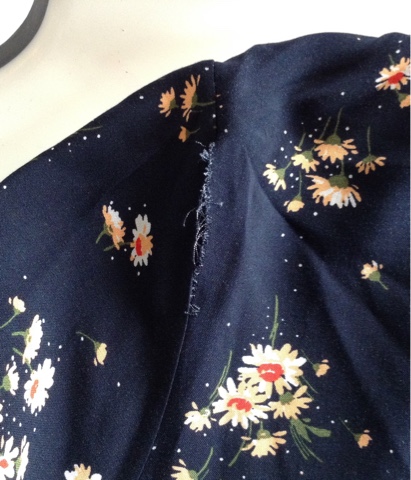 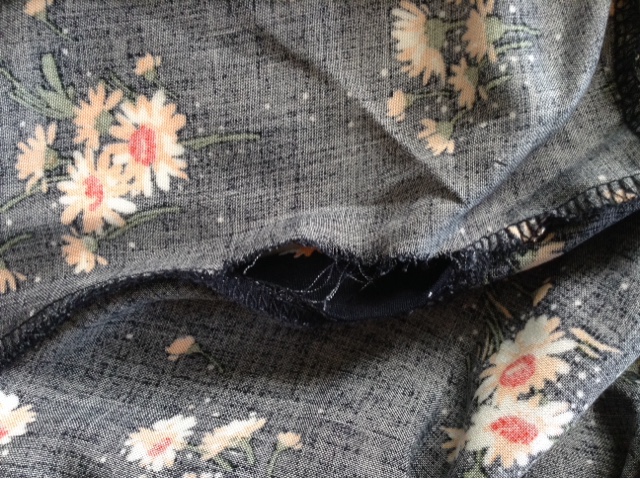 Arrggh, what to do? If I took it back to complain, there was no way that I would get a replacement in time and I knew there was nothing else that I would feel comfortable wearing in store. Only one thing for it, out with the needle and thread. Not the easiest of jobs these days as my fingers go numb when hand sewing, but in the end I was quite pleased with the result, even if I say so myself. Let's just hope everything else goes smoothly! Hope you all have a fabulous weekend x