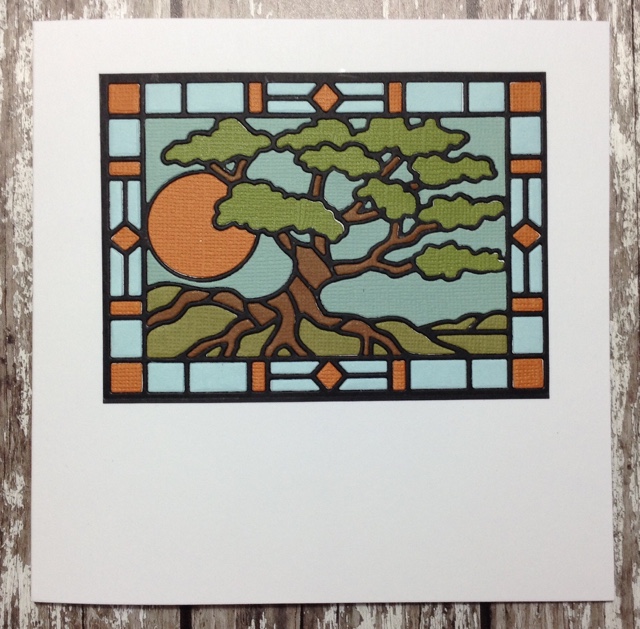 I almost forgot Hubby's birthday. When my parents came to take me for my hospital appointment last week, Mum handed me a card and said it was for Hubby. It took me a minute to work out why she had a card for him, then I remembered it was his birthday the next week! Phew, close shave there, although when I then asked Hubby what he wanted for his birthday, he said he didn't want anything and was hoping that I'd forgotten. You can't win!
Fortunately, I'd bought this Sue Wilson Stained Glass Bonsai tree earlier this year as Hubby loves bonsai trees. We have several buckets in the garden with stunted trees in them that were grazed down by sheep that Hubby "liberated" from a field. He claims that he will prune them down to turn them into bonsai trees, but has failed to add any timescales to his plans.
I simply die cut the image in black card and as the die doesn't have an outside cutting edge, I trimmed it down to add to a 6x6 card blank. I then cut it again in several different colours and inlaid the pieces. There were a few tiny bits, but it wasn't too fiddly to do. Simples.
Posted by Cara at 11:27