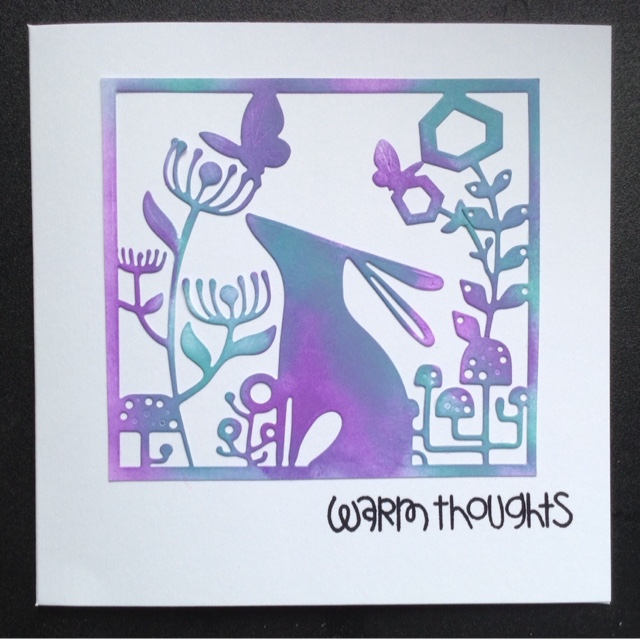 Well, the wedding went well, it was held at Hazlewood Castle, a beautiful building,although I did feel slightly sorry for the Registrar. The groom is Dutch and had multiple hard to pronounce names and the ring was tied to the best man's collar as he was a dog! The bride walked down the aisle accompanied by their pet Jack Russell, Adora who had a floral garland over her collar to match the bride's bouquet. There were also several dogs as guests. They were mostly well behaved, although one of them had a very loud shake (as if drying itself off) just as the Registrar asked if anyone objected to the marriage.  She declared that she wouldn't take that as an objection though! The bride had to pick Adora up towards the end of the ceremony to stop her whining and so when the Registrar told the groom he could now kiss the bride, she added, "if you can get past Adora to do so!". Unfortunately, Hubby and I had to leave before the evening reception started as my pain levels were starting to get too bad and it was a two hour journey home.
Right, enough if the waffle and onto the purpose of this blog - card making! I had some bits of card on which I'd cleaned off my blending tools after using my distress oxides. They seem to stay wet for weeks on the foam otherwise, and so I decided to use them up.
I die cut the image from a Docrafts X-cut die set. It has an outside cutting edge and two tiny circle dies that you can position for the eye and I presume cheek. I didn't use these on my cards though. I trimmed down the first image with my guillotine to leave a thin border. I then simply glued this on a 6x6 card blank and stamped the Paper Smooches sentiment.
The other two images didn't have enough of a surround to create a frame and so I snipped them out of the frame and glued them onto 5x7 card bases. I stamped the same sentiment on them and drew in a border. Simples! 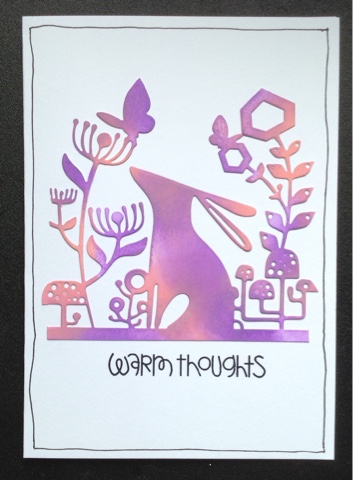 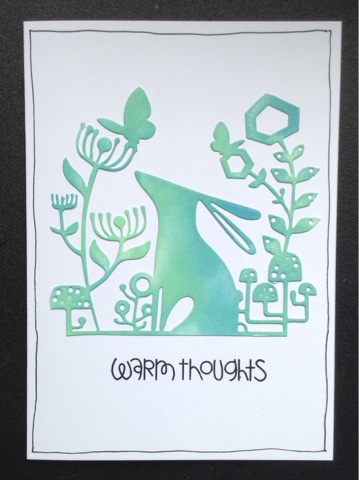