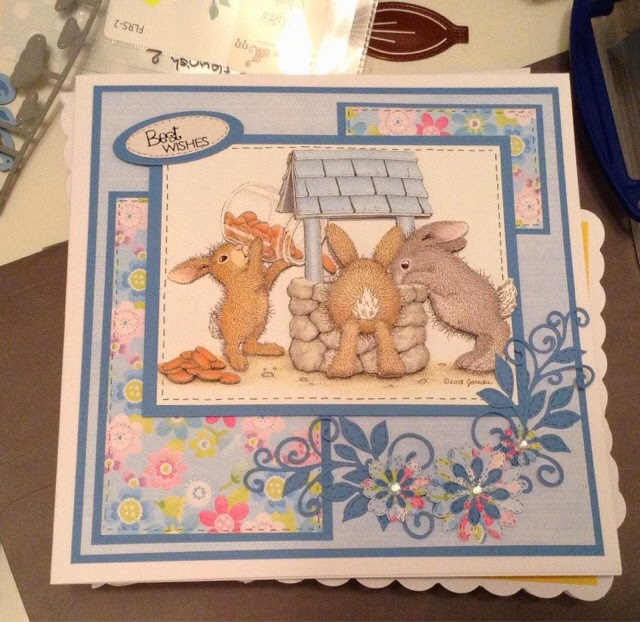 It's time to join up with the very lovely Erika to share an oldie. Today's oldie is the very first card I posted on my blog when I started it last year. No surprise that bunnies were involved, oh look and some faux stitching...
I was commiserating with the also very lovely Barb (who incidentally happened to be my very first follower) about losing dies whilst crafting. I thought I'd share with you too my two helpers.
I recently invested in the Spellbinders magnetic pick up tool, which is a large plastic diamond on which the front face is strongly magnetic. It's great for chucking dies at so that they don't get caught up up in scraps of card etc. I think it was about £8 on Amazon. 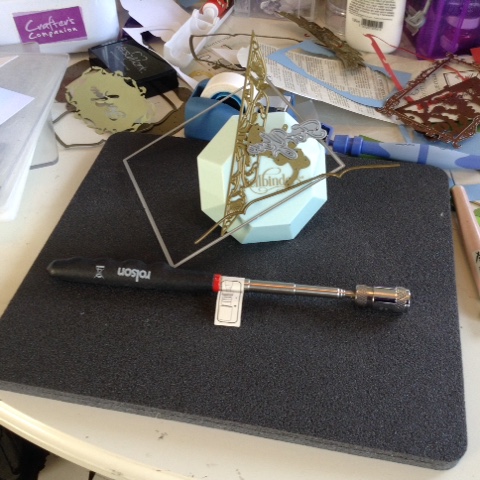 My other favourite tool can be seen in front of it. It's a telescopic magnetic pick up stick, which even has a light! 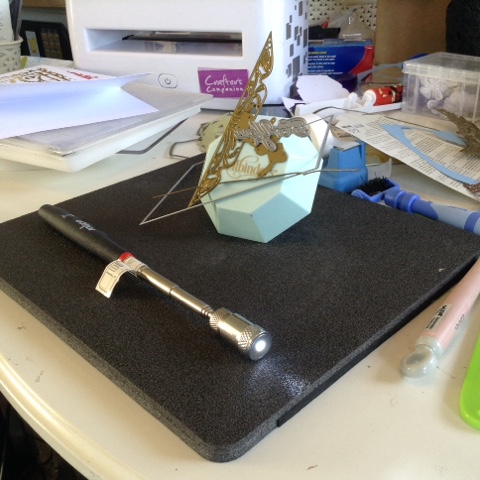 I bought this particular one from tesco for about £3 but I've also seen them in garden centres and diy shops (handy if you drop a screw down the back of the cupboard etc apparently). I've been known to shove it in the bin and have a swish round with it to rescue a lost die. It doesn't work very well if you have a metal bin though! As I commented to Barb, it's also very handy if you drop a die on the floor as because they're flat they can be a pain to pick up and if like me you find that people have been lowering your floor (it's so much further down to reach than it used to be), then it's great to allow you pick them up without clambering under the table!
Have fun crafting x
Posted by Cara at 15:14