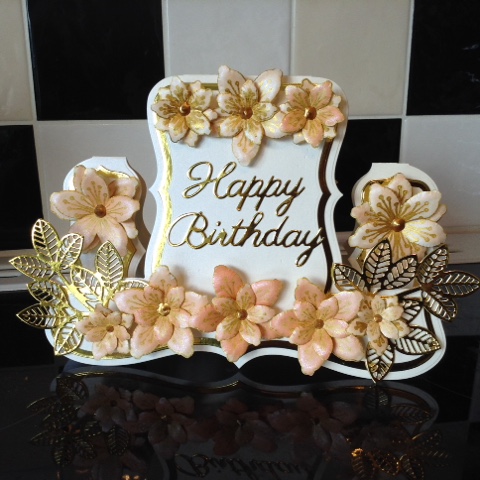 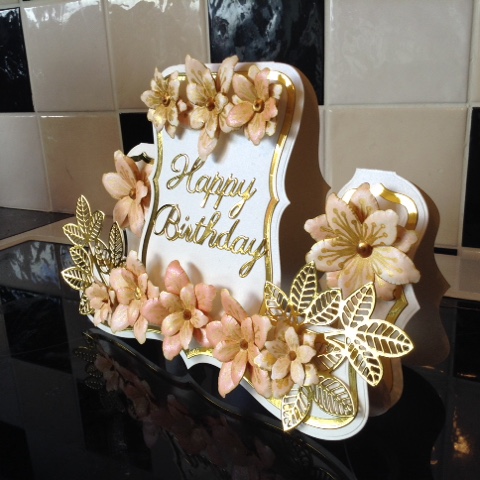 Whoops, I've been neglecting blog land this week, apolgies if I haven't visited you recently life has been getting in the way this week. Naughty life.
I thought I'd share with you the birthday card I made for the birthday card swap on the craft telly forum as it should be with its new owner by now. I used the tattered lace fancy stepper card die set for the card base in pearly white and gold Miri mating and layering. I used the dreamees stamp set that I used on the last birthday card I made, but this time rather than heat emboss them I just used gold stayzon ink. I've not used it for a while and it come with an empty pad and a bottle of ink and a spreader to apply it to the pad. I'm afraid I forgot how hard you have to shake the ink to mix it so it's not as gold as it could be! Whoops. I used the spectrum noir sparkles again to colour in the flowers and some gold pva in the centres. I used a Sue Wilson die for the leaves and the sentiment die is from Joanna Sheen I think!
Posted by Cara at 20:07