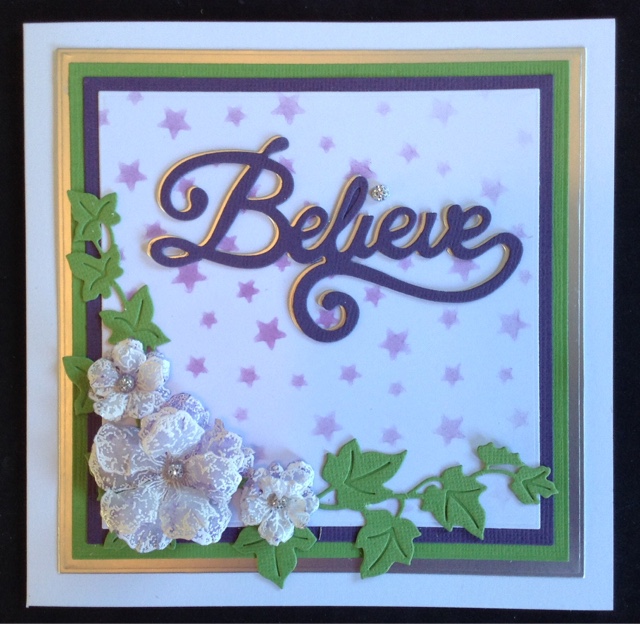 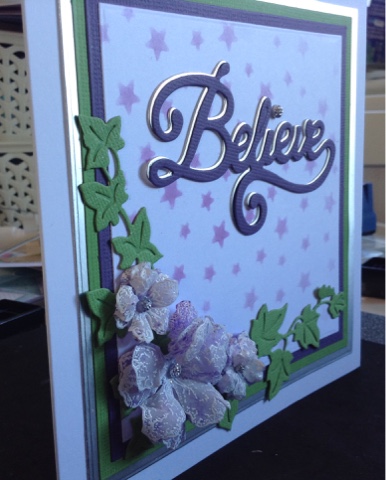 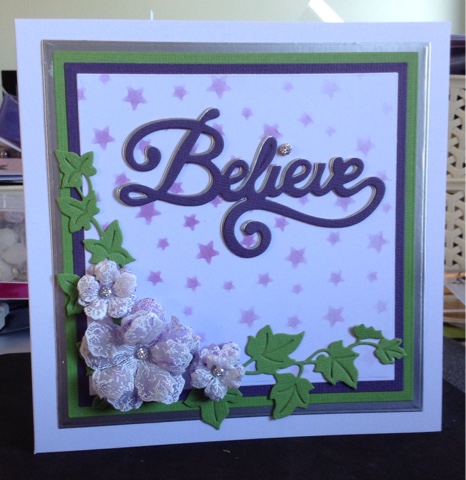 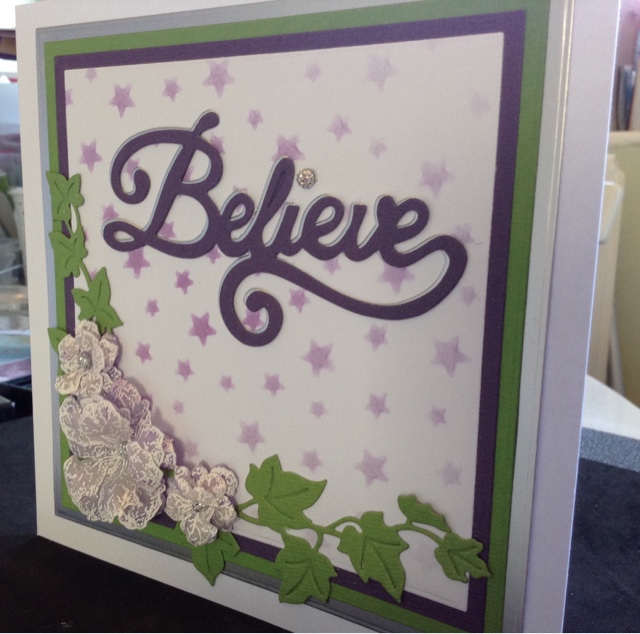 Over at Sweet Stampin' they want to see stars, so I figured I'd have a go as I haven't managed to make a card for a challenge for a while, been too busy playing! Now, as they are a stamping challenge, let's start with that. I stamped the Heartfelt Creations, Open Vintage Floret in versamark on white vellum and then heat embossed them with white embossing powder, I then fussy cut them (don't tell Hubby that I've now ordered the dies) and spritzed them with water before shaping them and layering them up. Once dry I sprayed cosmic shimmer purple chalk mist on the back to add a little colour to them. I finished them with a little dazzler from eBay in the middle.
Wondering what stars I could use, I saw my Simon Says Stamp falling stars stencil and considered creating something to enter into the latest Less is more challenge, however as with all the best laid plans, it didn't work out like that!
I used the middle two shades of Altenew purple ink through the stencil applied with an ink duster as I didn't want to create a 'flat' colour background. I then die cut a square area that I liked and also die cut squares of purple, green and matt silver to layer it up with. I had found some Sue Wilson ivy die cuts lurking in my stash box and so chose the green to match the ivy. I die cut the Sweet Dixie Believe die (that I used on my canvas a couple of weeks ago) out of purple and also out of the matt silver miri card. I was thinking of using the purple as a drop shadow behind the silver, but the silver card creased a little in the die and so I reversed them. I did stick with my original plan of adding a tiny dazzler as the dot above the i though.
Apologies for the rubbish photos, the light is dreadful at the moment, the last one shows the true colours.
Posted by Cara at 19:06