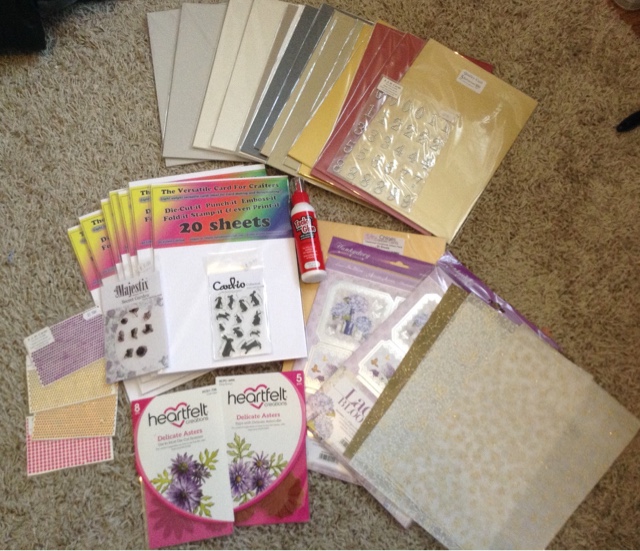 Flippin heck it's been hot today! The car was showing 22 degrees at 10.15 this morning when we set off to Bolton for the Great British Craft Festival. As you can see, I managed to do a bit of shopping before melting! I mainly stocked up on card and paper, including lots of card that's good for alcohol markers according to the stall holder and heck if it isn't at £10 for 12 packs (although I mixed and matched with other card) it's still good value! I also got some coloured vellum, a few low height gems, bling numbers, some speciality glittered fabric/paper and some glue. I just had to buy the bunny stamp set from Card-io and the other set has fairies and flowers on it. Finally I got a set of Heartfelt Creations Delicate asters stamps and matching dies. I did very well as I asked Hubby if we could call at the cash machine on our way there, but he said he had cash and gave me *some*! Oh, also included in the picture are the two free Hunkydory kits that we got when we handed in our ticket stubs.
We didn't stay long at the show as it was warm and that's not so good with drippy head!  They were managing the heat well though and had the side doors open to let the air in, there was plenty of seating and tables and a coffee was about £1.20. As usual they had a free shuttle bus between the Arena and main car park, but Hubby made me walk, boo hiss! There were free make and takes that you could book on and Powertex were doing mini workshops that you could pay to do. Actually, there seemed to be more hands on crafting opportunities than last year. Tonic were there with a table full of Tangerine Machines doing some make and take type thing and there were a few places where you could try parchment crafting. I think 4 stands included the Clarity Groovi range. Maria Simms was there looking absolutely stunning, so slim and very youthful looking, I had to do a double take to check it was her! Must find somewhere to do a powertex workshop though as it looked amazing.
Late this afternoon I sat in the bunny run and bribed them with dandelion leaves and strawberry plant leaves. *warning, gratuitous overland of bunny pics ahead*
Bramble was first to venture out from under the step to investigate, I'd put a frozen bottle of water in the run to help keep them cool earlier on. 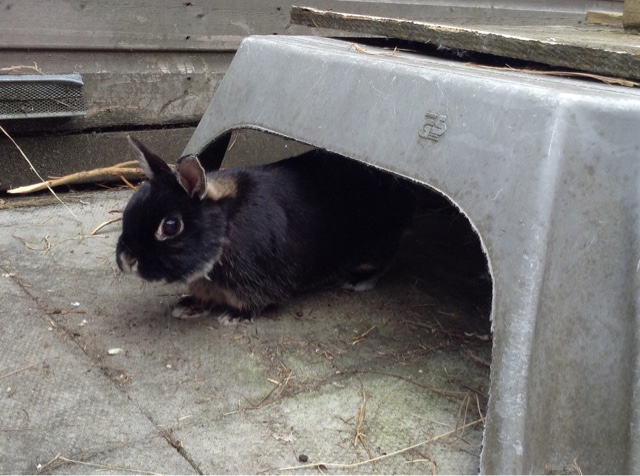 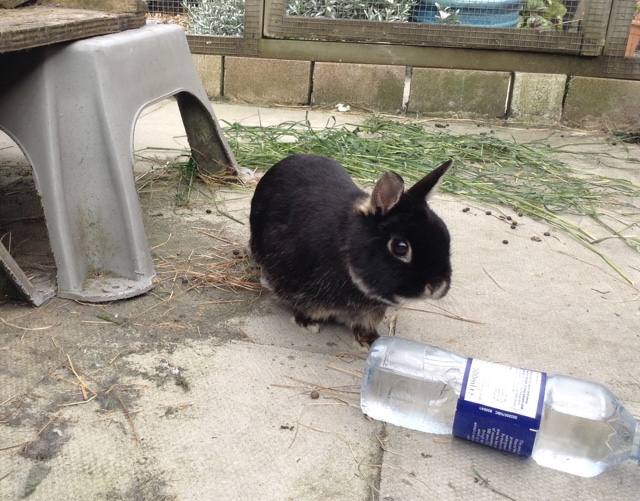 She then decided to try the bribe. 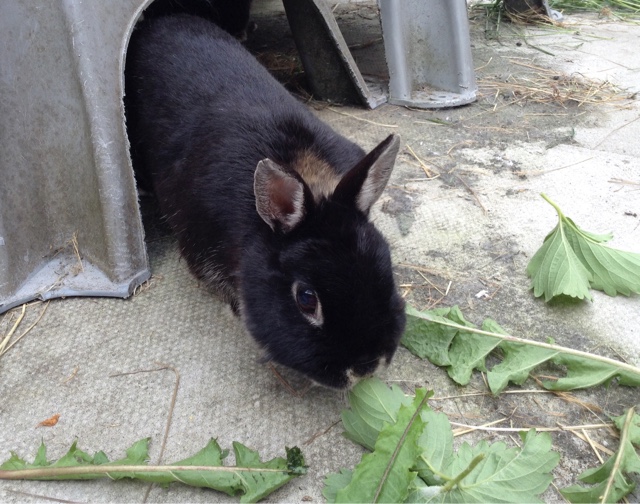 After retreating for a conflab with Parsley they both decided to check things out. 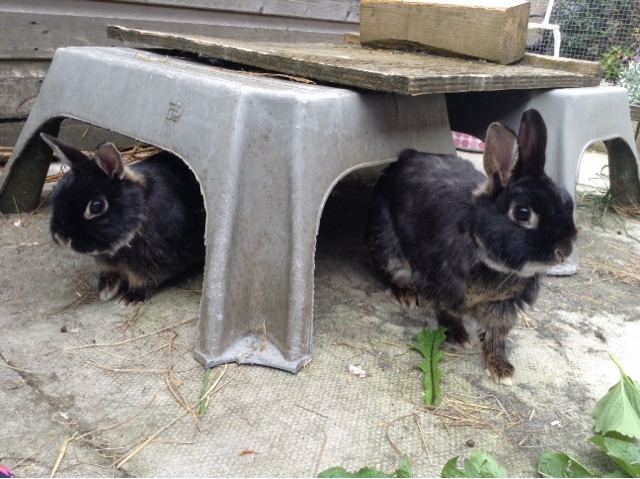 Parsley decided that the dandelion leaves were the tastiest. Parsley would like to point out that he's moulting at the moment and normally looks much sleeker and more handsome, but he's still a cutie. 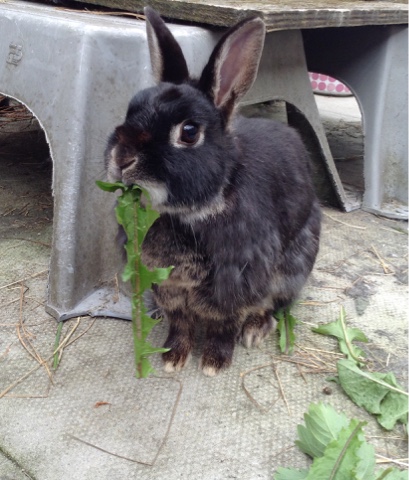 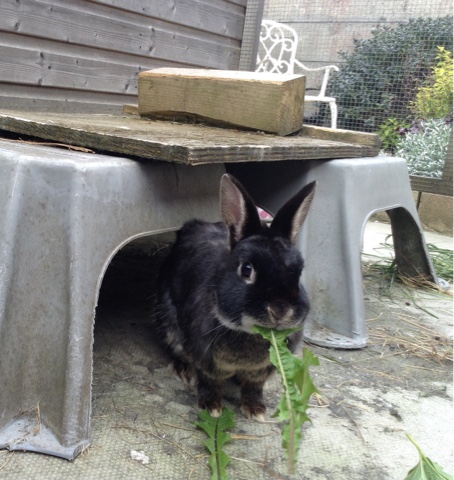 And a final pic so you can see them together, even if they do look very worried that they might be picked up! 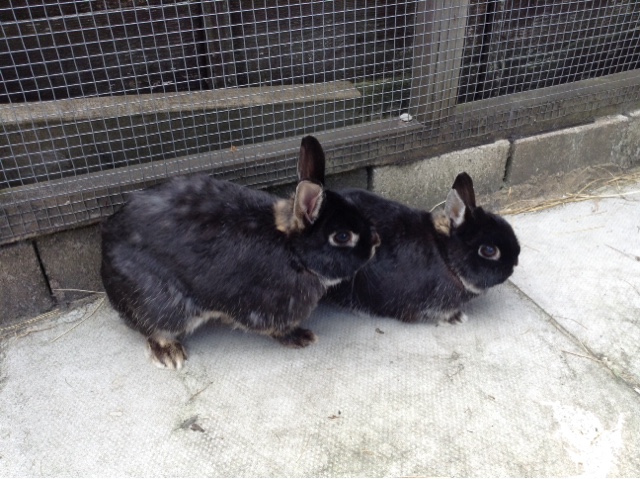