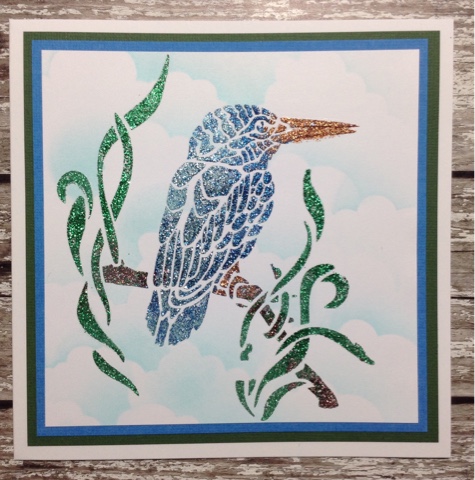 Not perfect (don't look at the beak), but this was my first attempt playing with the glitzcraft frosting paste and stencils that I bought at Happy Stampers. Don't know how well it shows up but I used two shades of blue for the kingfisher and two shades of green on the leaves. This was my first attempt at using multiple colours. The sparkle doesn't really show up, so hopefully this slightly out of focus shot will show it more. 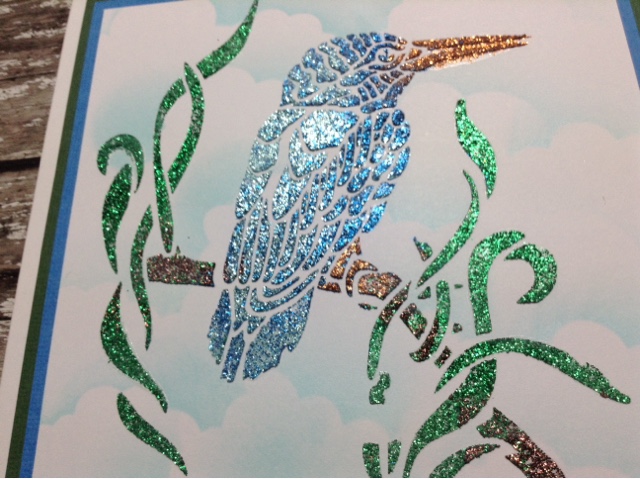 Once dry I added in some clouds using an Elizabeth Craft stencil and versamagic chalk ink with a small blending tool. I trimmed it down to 5x5 and added green and dark blue mats before mounting it on a 6x6 card blank. Simples!
Posted by Cara at 15:11