Another variation on a theme. 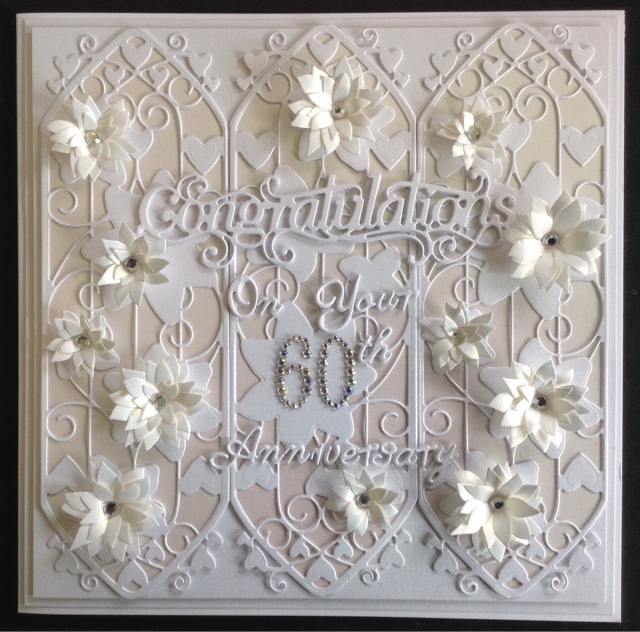 Happy Wednesday? It's all downhill from here on in, well, it certainly is on this blog anyway!
I spent a wonderful lunch at Knutsford with Darnell and about 13 other lovely ladies and a very well behaved 2 year old. Darnell is very bit as generous and entertaining as I'd previously heard and it was lovely to meet up with lots of other bloggers and crafters and form new friendships. Thank you Darnell for organising your British tour and introducing us all. I need a nap now to recover!
Today's card is another one that was requested by a colleague, who saw my previous cards in the same style. It's her parent's diamond wedding anniversary tomorrow and she wanted the card in white but with colour behind the panels so it was reminiscent of a church window. I had a play about but it lost the elegance on the card, if I'd changed the panels to grey it would have worked, so instead I used a different type of pearl card behind the panels which reflects differently. Hopefully you can see the effect in the other pics.
I cursed doing the lettering though. I had a crafters companion "On your" die that I used on the previous wedding card but the "Anniversary" die had been out of stock in the shop and I only remembered to order it online last week. My colleague told me on Monday that she needed the card for Thursday, she probably had told me when she needed it for, but I hadn't remembered. I checked the estimated delivery date for the die. Thursday. Bottom. I had the Britannia upper and lower case alphabet dies so figured I could use those to write the words, and as the font would be different I'd have to do the "on your" bit too. Not too bad, until I remembered that I had to layer the letters up 3 times... I did wonder about using funky foam to get the depth, but had none in white. I thought that using stick it would help to stick them together easily, but hadn't figured on how fiddly peeling the backing off tiny letters would be! I got there in the end though.
I added some bought AB gem numbers to the front and an insert to finish off with the Memory Box Tiny Wedding couple on the corner.  I dropped it off at work on my way to lunch, so just made the deadline. Remind me to write down when people want cards by in the future will you? 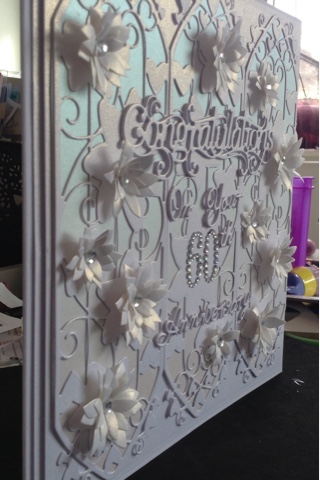 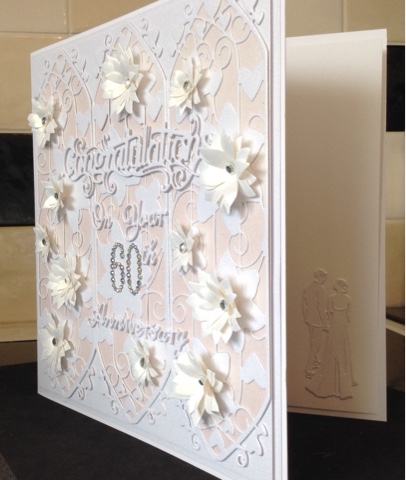 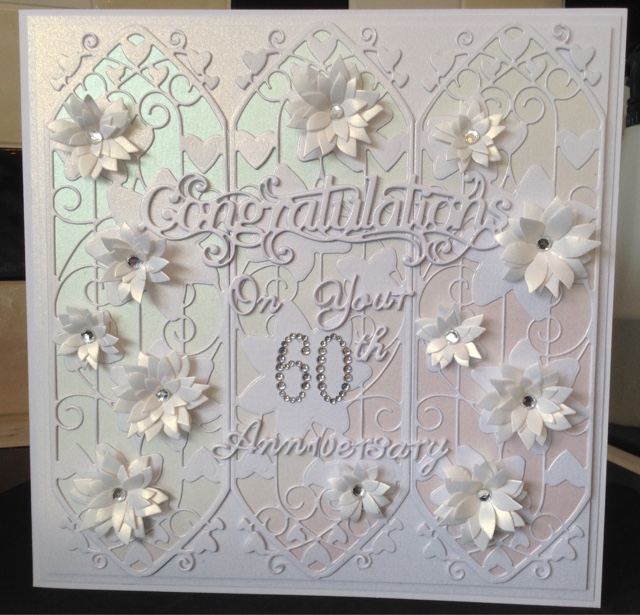