Anyone got a spare time-turner? 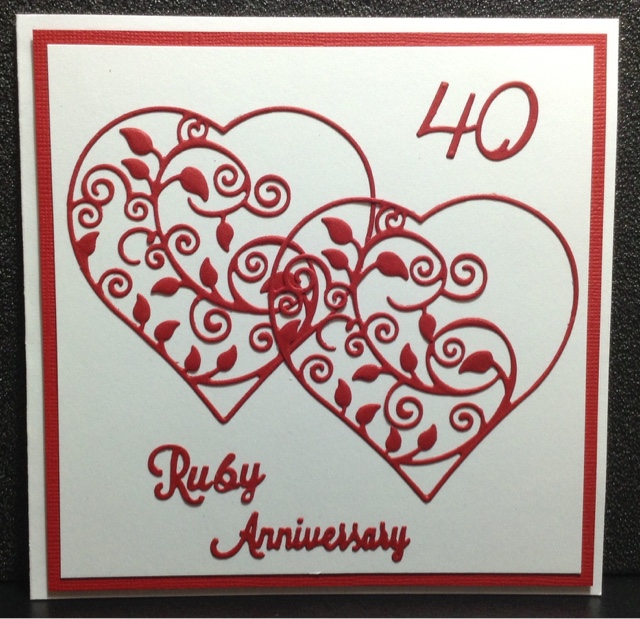 Honestly, there just aren't enough hours in the day right now! There is so much going on that I've hardly got time to think. Lots of things in the pipeline to share with you soon, providing of course that my head doesn't explode in the meantime. It's my parent's golden wedding in just over a week and of course I want to make them a very special card. With that in mind, I had a play with some dies, including my new cheap heart die (£1.99) on eBay on a 6x6 card blank. This die was the one that doesn't quite cut for about a centimetre on the right hand side just after the bottom flourish. As you can see it was very easy just to snip that bit without spoiling the shape. I used the Crafters Companion anniversary die and used the matching alphabet set to spell ruby. I might add a bit of bling to it later.
Right, off to cut out some flowers before bed, sleep well x
Posted by Cara at 20:24