There's gold in them there hills...

Hopefully blogger has been playing ball and publishing my scheduled posts. Last Wednesday Hubby and I headed up to Wanlockhead (the highest village in Britian) in the Leadhills of Scotland for the Scottish and British Open Goldpanning Championships and got back last night.
Hubby had to go to a meeting in Moffatt on the Thursday as the British Goldpanning Association has the winning bid to hold the World Championships there next year. Friday was spent setting up for the championships and then Saturday was the Scottish Open and Sunday the British open.
We borrowed my parent's caravan and "wild" camped whilst we were there in this setting 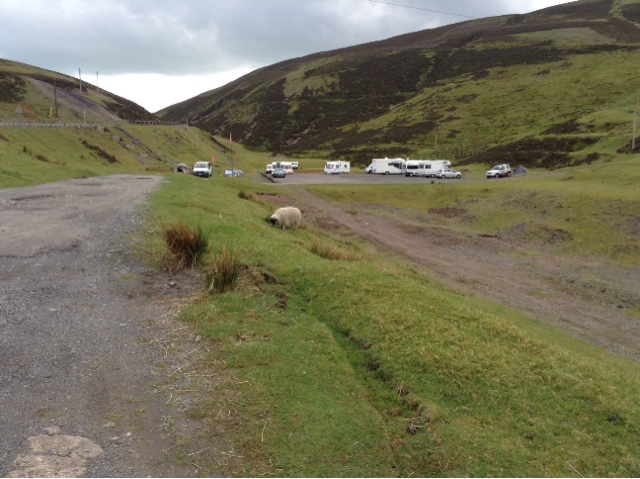 With this view out of the caravan 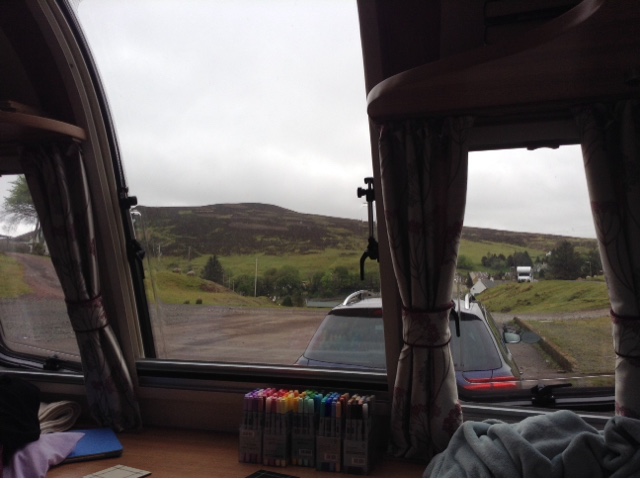 Yep, I took my copics with me to do a bit of colouring in of some stamped images I took with me!
We had the best weather I've ever experienced there in the 6 years that I've been going with Hubby, dry both days and hot enough to get sunburnt on the Sunday!
Competition panning involves each competitor being given a bucket of grit to pan. The bucket has been "seeded" with between 5 & 12 pieces of gold. The competitors don't know the number of pieces and have to pan out the gold in as quick a time as possible. They incur a time penalty of 3 minutes for every piece of gold they lose. They put the gold into a tube and can be penalised by 3 minutes if they don't put the cap on properly etc. So, how big is this gold? 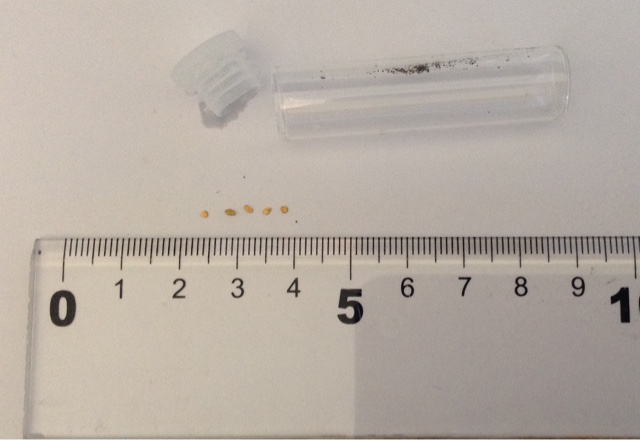 Yep, piddly! Hubby won the championship last year, but only managed a 3rd with his 3 man team this year, but he had been messing about trying out a new design of pan he'd made. The winner of the British competition was an ex word champion who designed the pan that most people were using! Men and women compete equally in the competitions and we had competitors from all over the UK, Germany, Sweden and Switzerland. (Hubby is the bloke with the number 2 tabard on lurking in the background during the 3 man team event) 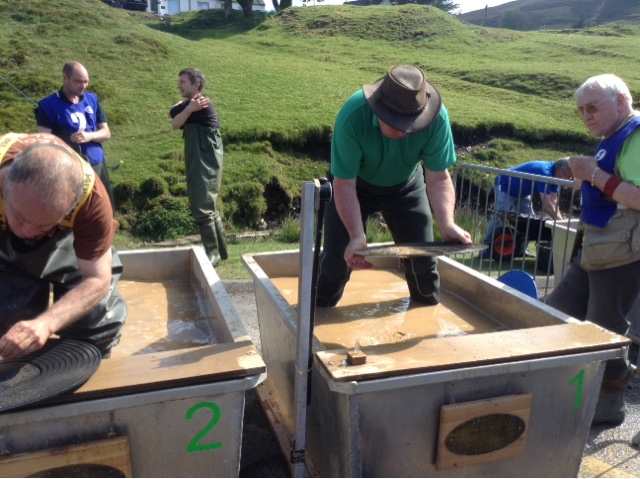 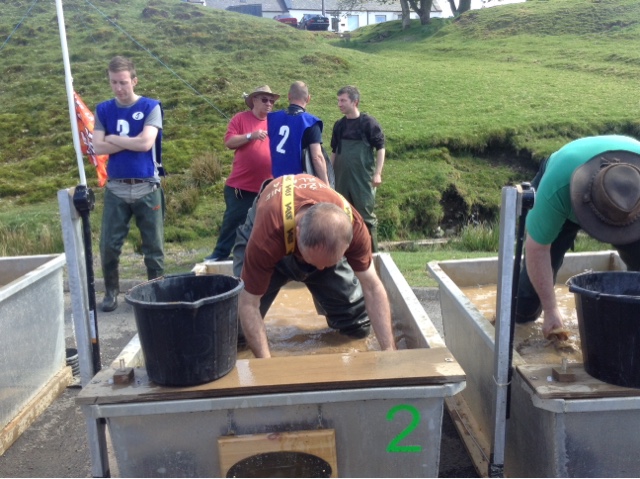 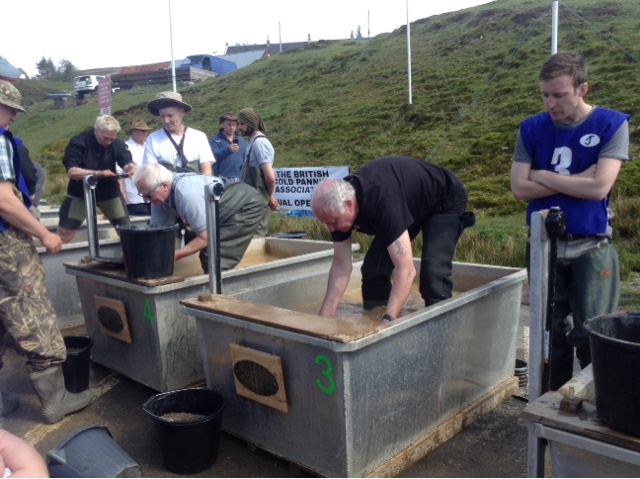 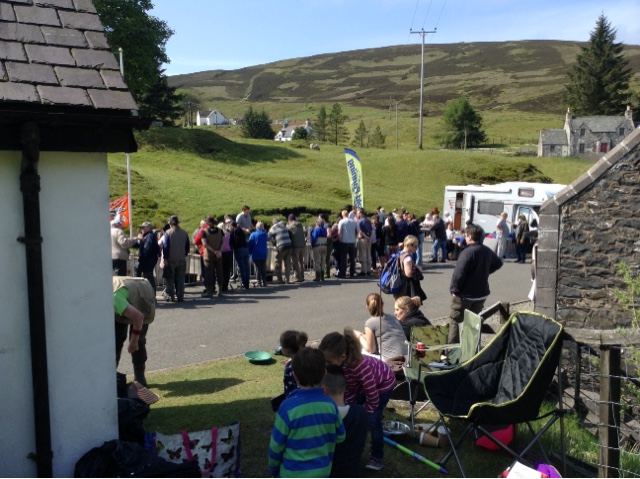 There is gold in the hills too, one of the "perks" of the weekend is that you can prospect in the rivers in the area and gold is still being found. Our wedding rings are made out of Scottish river gold that Hubby has collected over the years. There is a rural myth that a man found a gold nugget the size of a horse's head in the Leadhills and ran back to the village to get help to move it as gold is twice as heavy as lead, but he had a heart attack with the excitement before he could tell anyone where it was! Right, I'm off to try and catch up on all the crafting you've been doing whilst I was away! 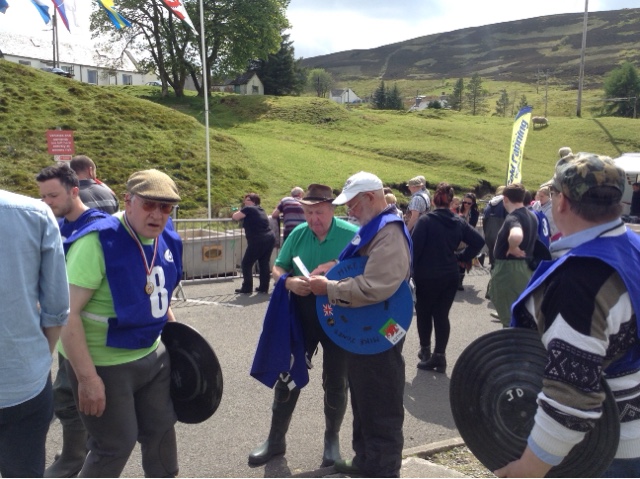