Oldie on Friday, but on a Saturday! 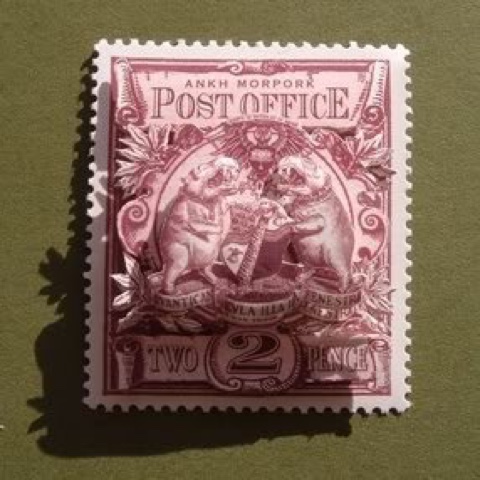 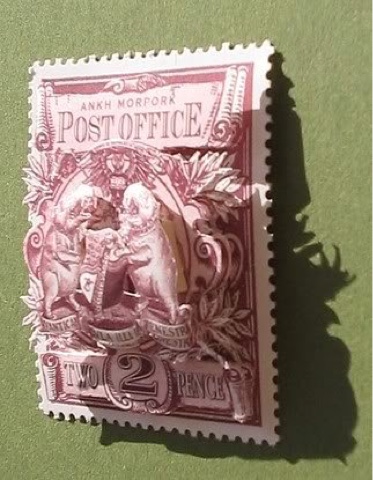 Confused? I am, but then it really doesn't take much these days! Somehow, I forgot about posting an oldie on Friday yesterday. The fabulous Erika has a link up to allow us to share something from the crafty archives, but has obviously realised that there are numpty heads out there like me and so the link up is active on Fridays and Saturdays.
So, pretend it's Friday *insert a wobbling time shift image here*
This oldie was actually my first ever attempt at 3D decoupage. Terry Pratchett wrote a book called "Going Postal" featuring the introduction of postal service and it came to pass that Discworld Stamps became available to buy in the Roundworld as we fans refer to reality. They are technically known as Cinderellas and the Discworld stamps were deemed to be worthy of an article in the Stanley Gibbons magazine. Echoing the book, the stamps were sold in little brown envelopes or LBE's as they became known and various sports of stamps could be found in this way giving rise to a group of people known as "Flatalists" who collect the stamps. I too was an avid Flatalist and we all ended up with piles of common stamps that we didn't know what to do with in the early days. Kel, an Australian Flatalist came up with the idea of decoupaging them and so I sat down with a craft knife and some 3D foam. To give an idea of scale, this stamp, the Plum 2d Ankh-Morporkia is about the same size as a UK large letter stamp. I think I was obviously barking mad back then too!
Posted by Cara at 20:13